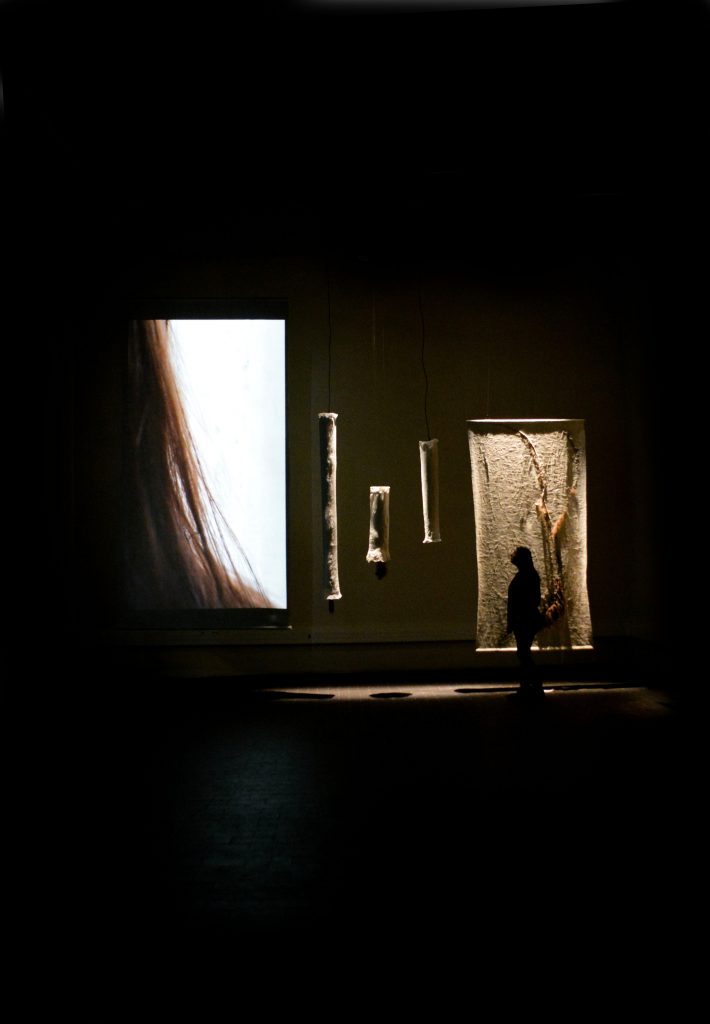 Questioning the notion of gendered identity through hair: in Latin, hair is capillitum, ii, a gender-neutral noun.

Going beyond binary gender identity and its theory of prejudice: what if being a woman or a man was above all about feeling true to ones’ self?
Hair is a universal preoccupation. Whether it is curly, straight, light, dark or pink, we all experience it daily.  Through a game of mirrors, gender defines and questions us, at every level.  There are those for whom gender is nil, commonplace. Others question it, evolve, even change.

At the crossroads of these existential questions, a point of view, a point of reflection, a question mark. Food for thought, for touch.
Human and sheep hair share a similar structure, both made up of a protein, keratin, formed by long fibres and outer scales that can fuse together to form felt.

Capillitium, ii, n is a space of sensory freedom. It is a neutral, almost monochrome world. 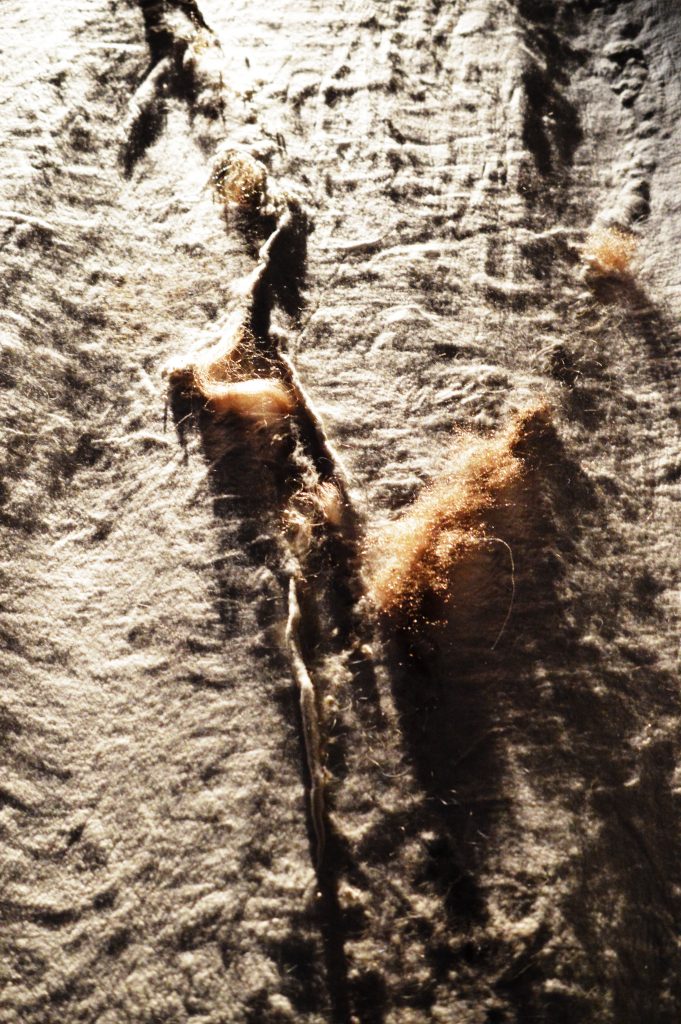 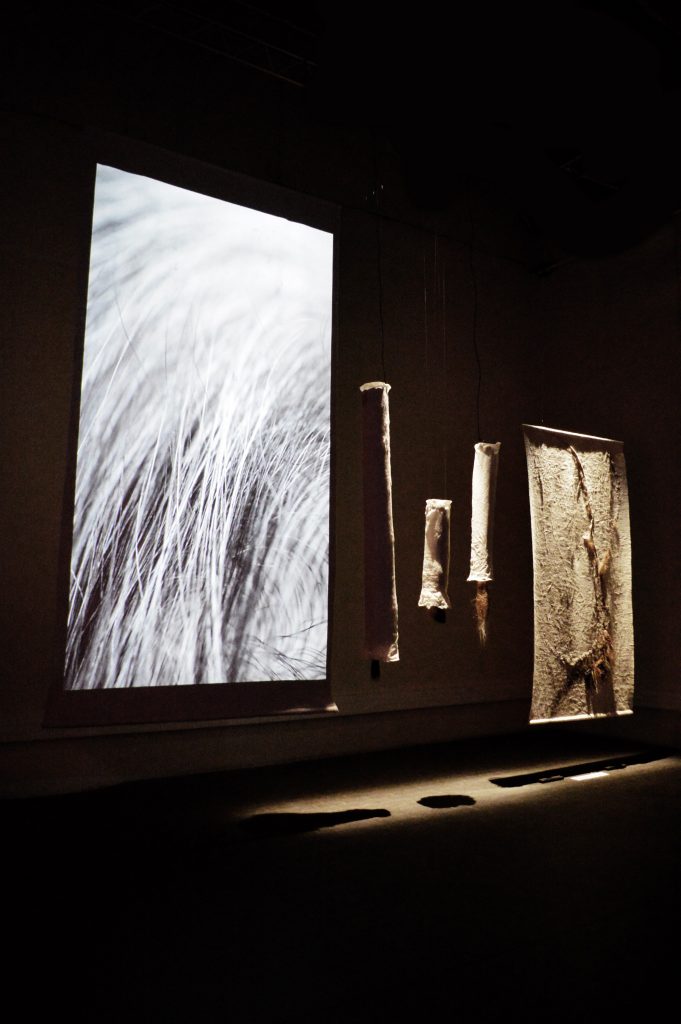 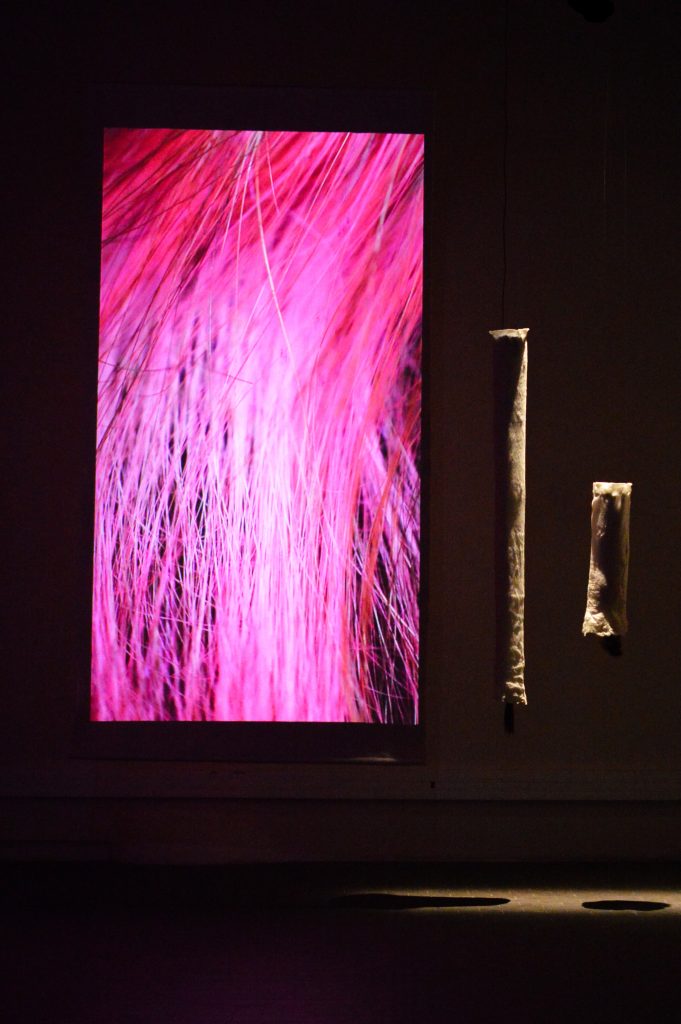 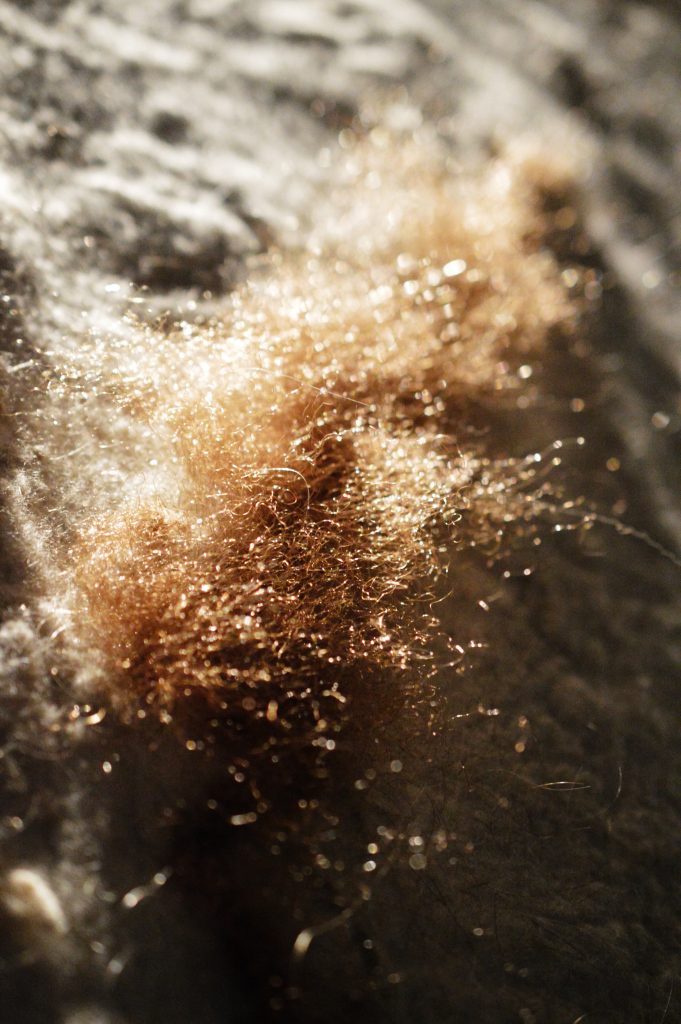 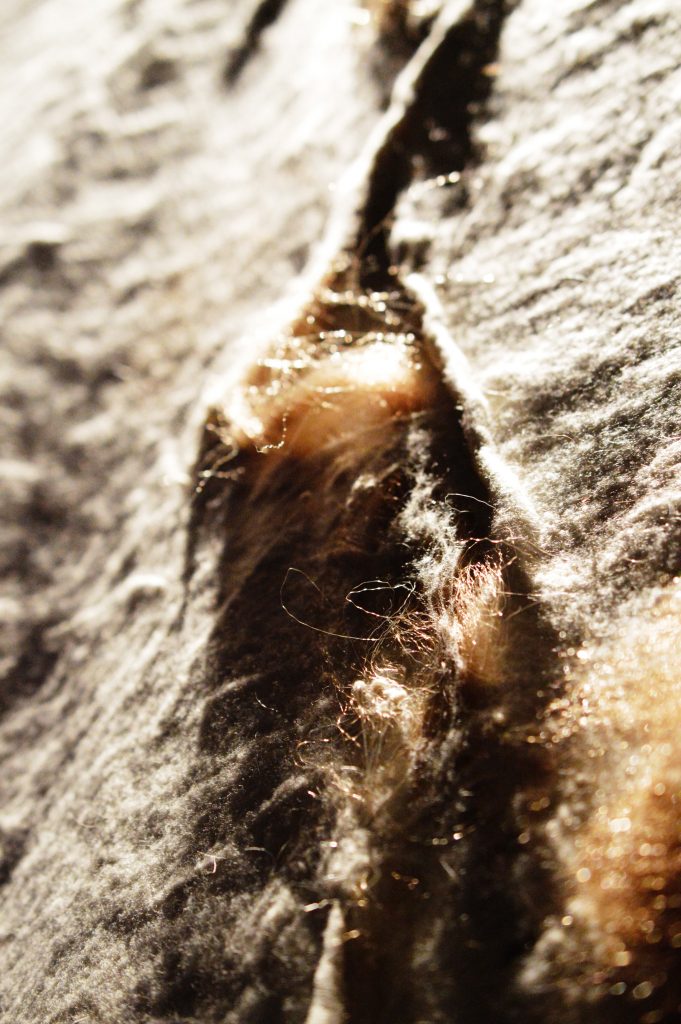 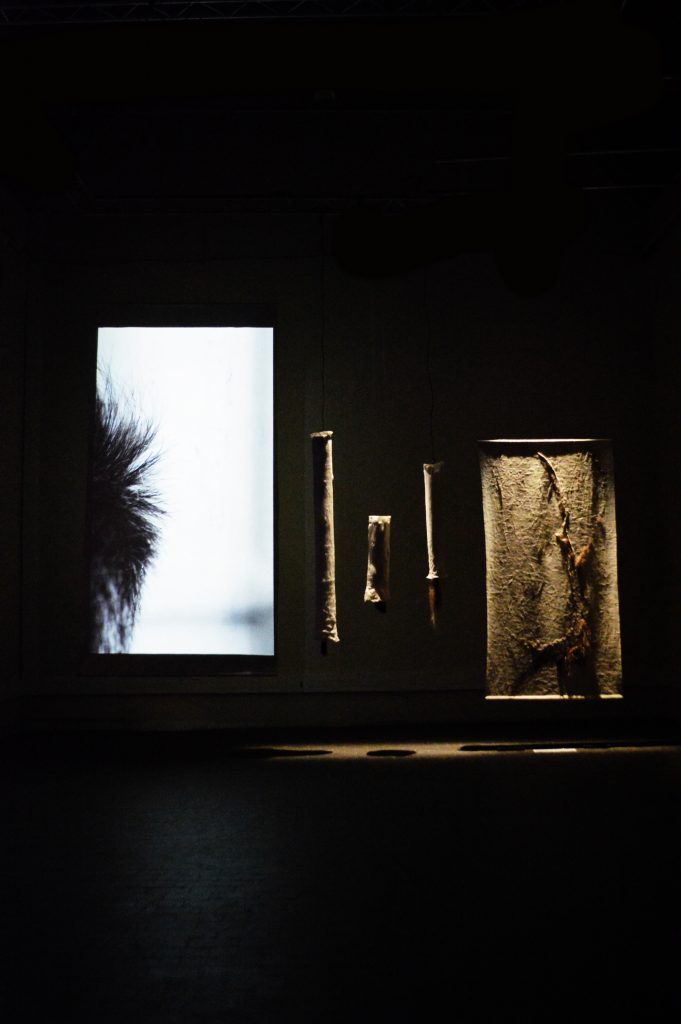